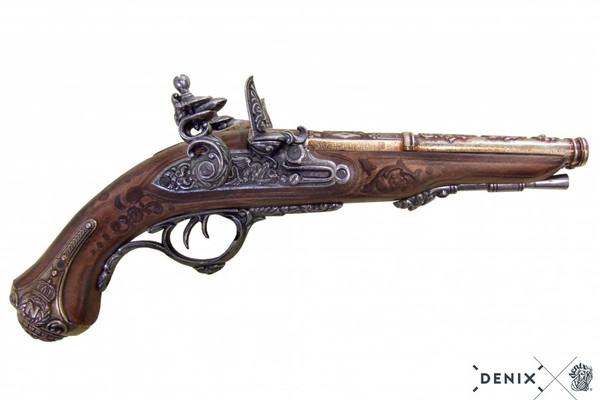 Ornamental / decorative arms.Replica of Napoleon's double Barrel flintlock pistol. Made of metal and wood, with simulated loading and firing mechanism.

This two-barreled pistol was manufactured in Saint-Etienne by Jean-Baptiste Gribeauval in 1806 by express order of the Emperor Napoleon I, and bears his badge on the handle.Â Napoleon used it as a traveling pistol and as a double barrel it offered a clear advantage against his opponents, due to the slow reloading process of other spark pistols of the time.